The link has been copied to your clipboard; paste it anywhere you would like to share it.

C.S. Lewis was a 20th century intellectual giant and prolific writer, who took a spiritual and intellectual journey that led him from atheism to theism to Christianity. “The Lion, the Witch and the Wardrobe” is probably Lewis’ best known and best loved book. This children’s story, that also grabs the attention of adults, takes place in England during World War II. Four children have been sent by their parents from London to live in a house in the country to escape the Nazi bombings. One day they explore a room with an old wardrobe and soon find that the wardrobe opens into the land of Narnia- a once beautiful land that is now under the control of the evil White Witch. The land is cursed by sin, the people are frozen in despair and defeat. Every day feels like it’s “always winter but never Christmas.” There are times in each of our lives when it feels like it’s “always winter, but never Christmas.” Take heart. The King is on the move. He is coming. Christmas is the sure promise of it. 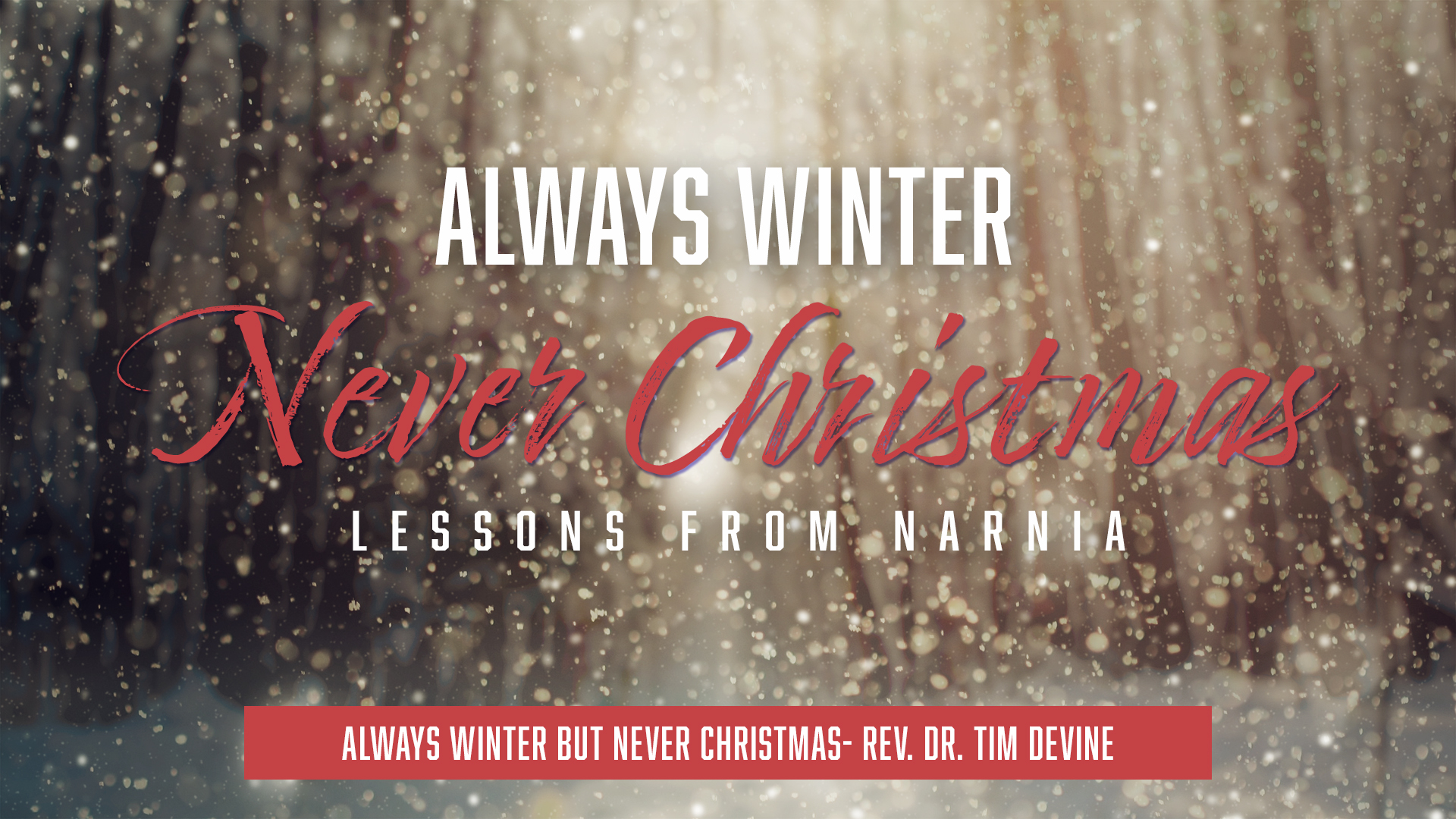 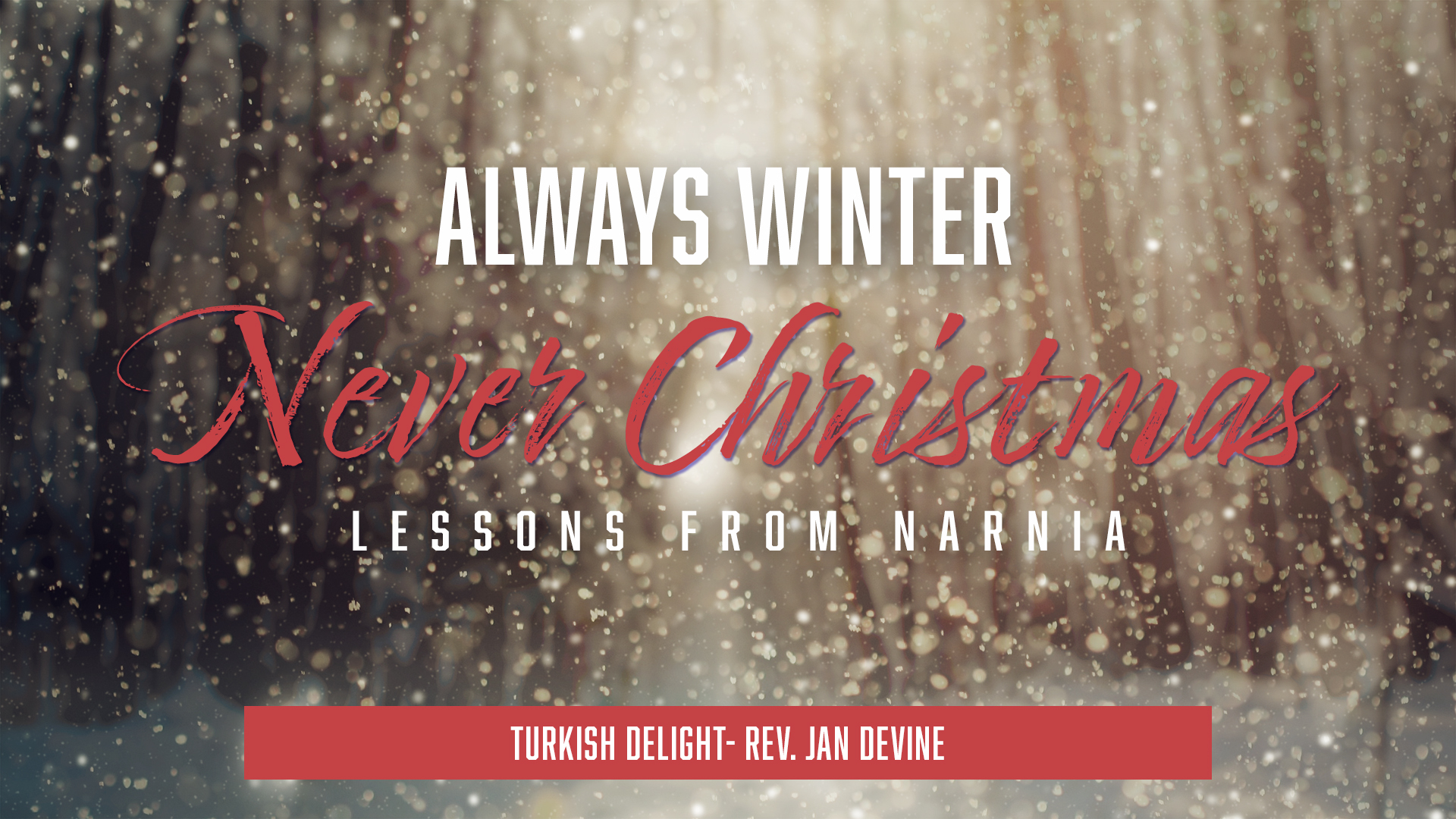 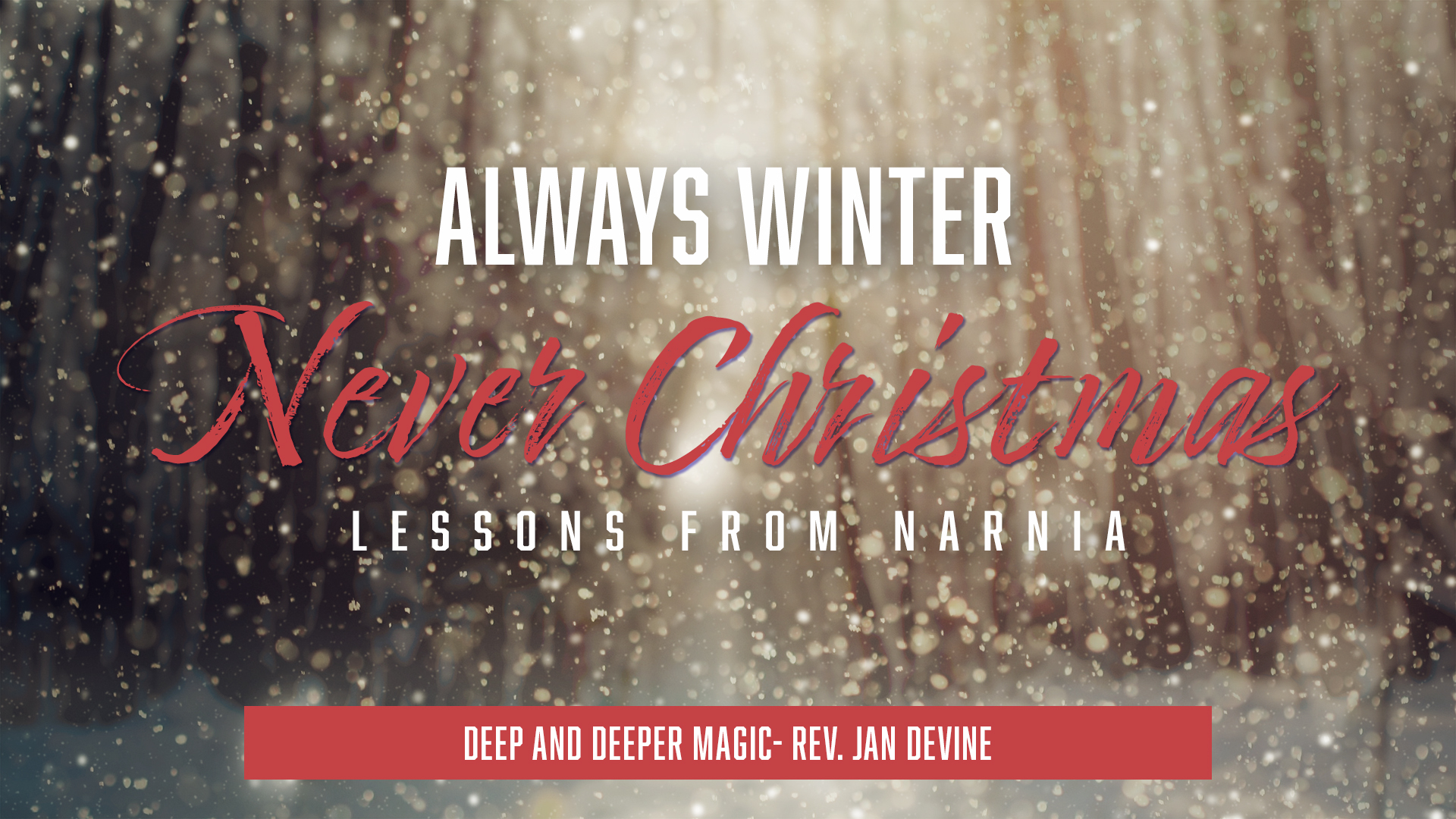